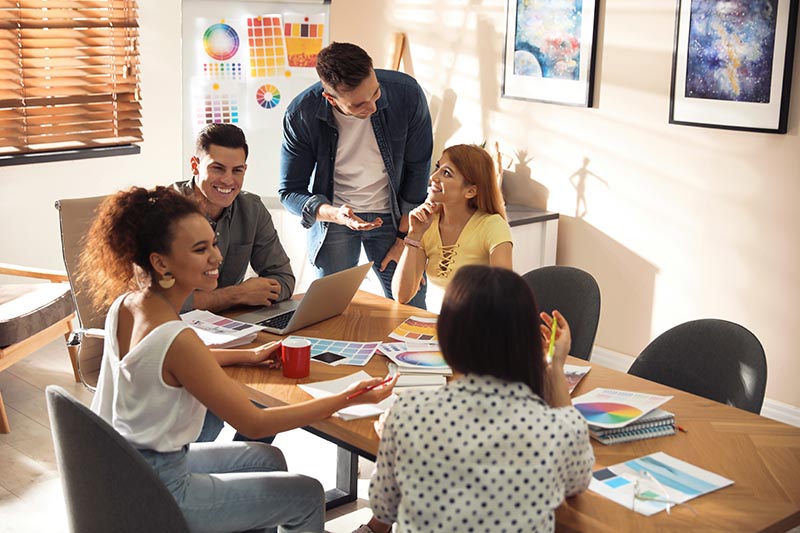 The client was a newly reimagined vocational school that was moving into their new $26M facility with all new programming, new spaces for collaboration, and ambitions to change their state ranking from the one of the worst schools in the state to one of the top schools. They had been working on new programs and new space for over two years. And while those fundamental elements are very important, the linchpin of change had not been addressed – culture.

Cultural norms inform behavior and cannot be overlooked when launching new programs or opening new spaces. The challenge for this group was to address the underbelly of behavior, mission, values, and the nuances that accompany those like language and processes so that they could achieve their new goals with new experiences? Programs would be helpful, space would influence but everyone fully equipped with the mission-critical behaviors of the new experience had yet to be addressed. That they would just be the same old school with a pretty coat of paint was a real possibility. Being intentional about creating a culture would signal both students and teachers that this place and these programs also meant the old game of mediocrity and underperformance was no longer in play.

New spaces and programs are a great opportunity to align and reaffirm the mission, values, and language that empower your organizational culture. For this reimagined school we were able to drill down as a staff on the expected behaviors that would inform new processes and programs. This then would lead to meeting some long term goal. The best output of these tactical workshops is that everyone has input and buy-in from the ground up and becomes vested in the outputs. can help you prioritize goals and talk through the new experience you want for your team, employees, organization.  In addition, the process of tactical workshops gets everyone excited (rather than afraid) about the potential the new game would have on the student experience and on their lives in the long run.